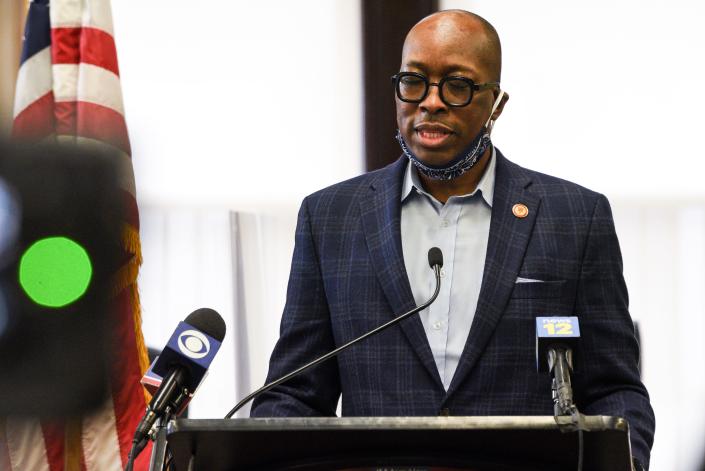 Across North Jersey, police departments are bolstering their forces with tactical units manned by a specific type of volunteer peacekeeper: members of the clergy.

Since 2017, local government officials in municipalities such as Dover, Montclair and Jersey City have codified volunteer chaplain programs. This spring, Garfield officials added a position for a Fire Department chaplain.

West Milford could become the next city to add a police chaplain through an ordinance introduced Sept. 21. If adopted as expected in October, the ordinance would allow the mayor to appoint up to four volunteer chaplains to provide internal advice, represent the township at events and help officers deal with the public, West Milford Administrator William Senade said.

Chaplain programs are on the rise as word of their benefits spreads, said Gary Holden, founder of the Police Chaplain Program, an organization in Vineland. The chaplain’s work with the entire community in response to tragedies, he said. They attend funerals and comfort people displaced by house fires. They also provide comfort and advice to police officers dealing with personal and professional stress.

“I think police departments are recognizing that they need to do different things to help their officers and the community,” Holden said. “This really works both ways, for the police and for the community.”

Although chaplains have been around for centuries in military settings, Holden said that prior to Sept. 11, 2001, they were mostly reserved for larger police departments. The terrorist attacks that day led to a call to clergy across the region, he said. They were needed for emotional support and to act as a liaison with social services.

Father Mychael Judge, killed in the 9/11 attack on the World Trade Center, became a chaplain with the New York City Fire Department in the early 1990s after spending six years as a pastor of the Church. of San Jose in West Milford in the 1970s and 80s.

Judge, who has died at 68, stood in the lobby and mezzanine of the north tower of the trade center, praying for firefighters who ran past him and up the stairs. It would become the first death on 9/11. He was not the first to die, but the New York City Medical Examiner’s Office included his name at the top of its list of dead.

Holden, who worked as a Catholic missionary in the 1990s, got his introduction to emergency services in the wake of 9/11 and soon transitioned to become a Vineland police chaplain. Now a chaplain for various organizations, including the New Jersey State Police, Holden also leads the Police Chaplain Program.

NJ Board:Do you want to know how many police officers are being investigated in your city? Go to the new NJ board

The organization trains certified and ordained clergy members to serve secularly in emergency service groups in New Jersey and beyond. The goal is crisis intervention, not community proselytizing, she said.

“To do this, you can’t wear two hats,” Holden said. “You have to take off one hat and put on another.”

Joel LaTorre, the Woodland Park police chaplain, has to juggle more than two hats. The founder of the Living Water Church on Andrews Drive has also been a Woodland Park police dispatcher for 20 years. Consequently, LaTorre said, he is well aware of the stressors police officers face on the job.

“They work a lot. They take care of a lot of things,” LaTorre said. “Surveillance is not the same as it was a few years ago. Decompressing is very important.”

Woodland Park made its police chaplain program official in late 2019. By then, LaTorre had served as chaplain for the local Police Benevolent Association and unofficial department chaplain for more than a decade. John Uzzalino, the police chief, said department officials, however, wanted to solidify LaTorre’s position at headquarters.

“With everything that was going on, with officers taking their own lives and the pressure from the environment, we felt it was necessary to instill an official program,” Uzzalino said.

According to First HELP, a nonprofit that monitors law enforcement suicides, at least 236 U.S. officers and dispatchers killed themselves in 2019, the year Woodland Park officials solidified the program. The city and state attorney general issued a directive to create resiliency program officers in the departments. throughout New Jersey.

LaTorre, who also serves as an officer with the Woodland Park resiliency program, said the position required special training to help officers effectively manage the stress of police work and professional or personal challenges. While the goals are similar, counseling police officers is very different from counseling parishioners, both Holden and LaTorre said.

“In fact, they take my advice,” LaTorre said.

Some officers may find it difficult to open up to counselors or doctors, Uzzalino said. Talking with a partner is sometimes more comfortable, he said.

LaTorre’s constant presence in the department has thus far prevented the Woodland Park program from expanding. However, some other cities have amassed a roster of chaplains to share the load, Holden said. Montclair has seven volunteer chaplains, including a rabbi and two ministers.

Fair Lawn Police Sgt. Brian Metzler said the county’s volunteer chaplain program remains a work in progress. However, he said that he considers it a success.

The trio of chaplains represent Judaism, Lutheranism and Catholicism, assisting the department in community engagement within multiple congregations, Metzler said.

“We believe that our chaplains also help spread the message of the Police Department when needed and may also receive feedback about the department that they can share with us,” he said.

This article originally appeared on NorthJersey.com: Police and fire departments in NJ turn to chaplains to help them with the job

US, Philippine Forces Conduct Combat Exercises to Prepare for Crisis

Manila, Philippines -- More than 2,500 U.S. and Filipino marines joined combat exercises Monday to respond to any sudden crises in a region on...
Read more
LATEST NEWS

Is Michael Bloomberg trying to make Donald Trump president again? You have to wonder after the New York billionaire last month launched a...
Read more

The USB promoter group published the latest specification of Power Delivery in May of last year, but accessory manufacturers are only now offering compatible...
Read more

Betty White’s personal belongings and show memorabilia to be auctioned

Fans of the late Hollywood icon Betty White will now have a chance to own one of her belongings, as...
Read more